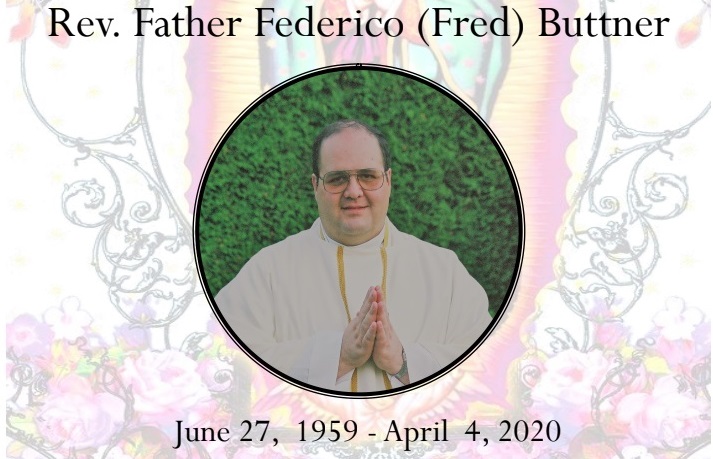 Greater Vancouver, BC – It is with profound sadness and broken hearts that we announce the passing of Father Federico (Fred) A. Buttner, Jr., 60, on Saturday, April 4, 2020, after a long illness.

Fred was the beloved eldest son of Federico A. Buttner, Sr. (RIP), and Myrna Stahl Buttner, both, originally, of Mexico City, Mexico. The third of ten children, he was a loving brother to Gabriela, Maria Myrna, Adriana, Alberto, Maria, Ilse, Carlos and his wife Xochitl, Paola, and Carolina and her husband John. Fred was the caring nephew of Tios Gabriel and Martha, Tios Dan (RIP) and Cristina, Tio Arturo (RIP), and Tia Patricia. Fred was a dear cousin to Ian and Erika, Dan Christopher (RIP) and Christine, and Tony. He was a proud and loving uncle to three nieces, one grand-niece and four nephews.

Born in Mexico City on June 27, 1959, Fred attended the Felix de Jesus Rougier Primary School and Simon Bolivar High School. The family moved to Canada in 1976 and settled in Regina, Saskatchewan, where Fred continued his studies at Dr. Martin LeBoldus High School. He went on to the University of Regina where he graduated with a Bachelor of Education degree (Business Education), a Diploma of Associate in Administration (Financial Information Systems), and a Certificate of Extended Studies in Education (Computer Education).

Prior to attending the seminary, Fred was a teacher of business and computer education, mathematics and religious studies for approximately 17 years and taught at Melville Comprehensive School in Melville, SK, and at Athol Murray College of Notre Dame in Wilcox, SK. In 1991, Fred moved to British Columbia and taught at St. Patrick’s High School in Vancouver, BC. Fred became a parishioner of Holy Name of Jesus Parish, Vancouver where he taught catechism and RCIA, was a member of the Knights of Columbus, and took part in the Mass by assisting as lector and as an usher.

Fred decided to become a priest and entered the Seminary of Christ the King in Mission, BC in 1998, where he completed his studies in philosophy. He continued his studies at St. Joseph’s Seminary (Dunwoodie) in Yonkers, New York, where he obtained his Masters of Divinity. Fred was ordained to the Diaconate in Vancouver, in 2004. One year later, he was ordained as a Catholic Priest by Archbishop Raymond Roussin, SM, on June 24, 2005, at Holy Name of Jesus Parish in Vancouver with his family and close friends in attendance.

Father Fred worked in five parishes around British Columbia as Assistant Pastor, serving the longest at Holy Rosary Cathedral in Vancouver. There, he was instrumental in establishing the weekly Spanish Mass and building the Hispanic Ministry around it, which continues today. Fred dedicated himself to make a strong connection with parishioners by means of his homilies. The faithful recognized him for being a very kind and patient priest and friend.

Father Fred was the celebrant at the wedding of his youngest brother Carlos and his wife Xochitl in Zacatecas, Mexico, in 2010, and at his youngest sister Carolina and her husband John’s wedding in Vancouver, BC, in 2013. He also baptized his youngest niece and three nephews and celebrated a special Mass for his beloved Mom’s 75th birthday. These were all wonderful and blessed family gatherings.

Father Fred adored and had great respect and admiration for his Mom and Dad. After the passing of Fred’s father in 1988 and after Fred’s move to BC, he made regular trips home to Regina, SK, to visit with his Mom and siblings. He would always bring Mom special gifts and celebrated Mass at home after he became a priest. Fr. Fred was very generous with his time, his knowledge, and his interests. He had a good sense of humour and was always thoughtful of his family.

Father Fred cherished being with his family at home or when travelling together, taking many trips across Canada, the United States, and Mexico. He drove many miles on different trips, and he truly enjoyed the journeys, not just the destinations. He loved to explore and had a keen sense of direction. He liked travelling on his own as well, going to the United States and to Rome, Italy, which was a highlight. Fr. Fred also enjoyed learning the latest about computers and smart gadgets, going to the theatre or the movies, and going to concerts with his family, his favourite performer being Neil Diamond.

Father Fred is survived by his loving Mom, siblings, aunts, uncles, cousins, nieces, and nephews. He is predeceased by his dear Dad, Grandparents, Uncles Arturo and Dan, and Cousin Dan Christopher.

Father Fred entered the hospital on May 17, 2018. He longed to recover and return to his life, work, and family. The period of illness was very difficult and challenging. The family would like to thank the doctors, nurses and hospital staff and each and every person who visited him, inquired after him, and prayed for him. We ask for your continued prayers for the repose of his soul.

The Funeral Mass will be held on Friday, April 17, 2020, at 11:00 a.m. at Holy Rosary Cathedral in Vancouver, BC. Due to the pandemic, and in keeping with current safety regulations, it will be a closed Mass with Archbishop Michael Miller, CSB, as the main celebrant and Fr. Mark Schwab as the homilist. However, the service will be live-streamed via the Holy Rosary Cathedral, Vancouver website page (www.holyrosarycathedral.org/live-stream/) for anyone who wishes to join the family.

A Memorial Mass will be held at a future date in celebration of Father Fred’s life. In lieu of flowers, donations may be made to The Clergy Care Fund or Catholic Charities (rcav.org), Heart and Stroke Foundation or Diabetes Canada. 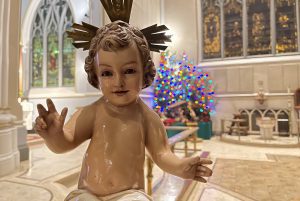 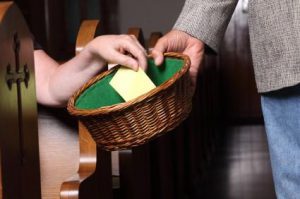 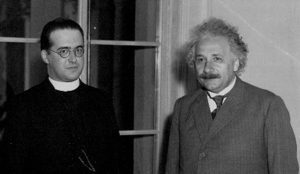