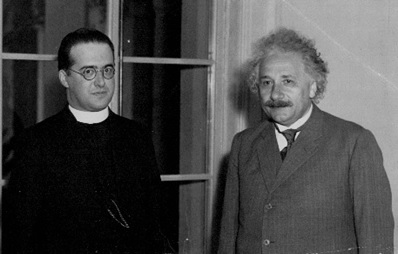 The history of  Catholicism is one of great encouragement and development of scientific research and innovation, and has been responsible for many of the most important scientific advances in history.

In the media the Church is often portrayed as an institution which is decidedly against science and progress; at times goes as far as to claim that the Church opposes reason. The attitude of many people towards the Church is based on these falsehoods. However, nothing could be further from the truth. The Church has always been at the forefront of promotion of scientific studies. Ideas such as the Big Bang theory, genetics and the Scientific Method all had priests involved in their development. The Church has always defended the complementarity of reason and faith.

Science and reason exist so that we can better understand our universe and so that we can contemplate the truth. God gave us this power of reason and intellect for this very purpose, and therefore it is important that we use our intellect and try to understand as much as we can. The Church is certainly not opposed to reason, but, the Church opposes the idea that reason is the only way in which we can know things, and that faith is a form of ignorant superstition. Faith is a source of knowledge and understanding, a source of knowledge that complements reason. There are many things we will never be able to fully understand with the exclusive use of reason. On the other hand, the Church is also opposed to the idea that we only need faith. Faith requires reason or it can easily become irrational and superstitious.

It is with faith informed by reason that we can better come to know the meaning of the truth, our universe, God and ultimately God’s plan for us.

The Church is not opposed to science. Science exists because we have reason and can observe our universe and therefore understand it better and improve our life here on earth. What the Church objects to is turning science into an end in itself, rather than a means for the improvement of humanity. Many people today believe that science is an end in itself. Science is always a means and never an end, a means for our improvement. 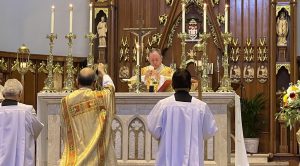 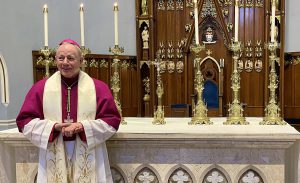 Easter Greetings from the Archbishop 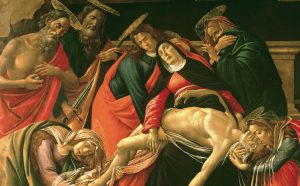 Holy Week at the Cathedral