The cathedra sits in the middle of the sanctuary against a Gothic-style oak altar-piece with richly detailed gold foliage and angels set in relief. The towers of the reredos are also decked with delicately carved angels carrying torches, thuribles and sacred books.

Many updates have been made to the sanctuary over the years – the most significant changes being those for the Golden Jubilee, modifications decreed at Vatican Council II in the 1960s and some upgrades for the visit of Pope John Paul II in 1984.
Between 1995-1997, the Cathedral was re-roofed and the interior repainted between 2004-2006. Upgrades have been done to the stonework at the front entrance and sides as well as the pillars and floor. New light fixtures, pews and an upgraded sound system were added in 2018.

As with most heritage buildings, maintenance is an ongoing effort which depends on the good stewardship and kind support of its parishioners and friends.

The dimensions of the building are: 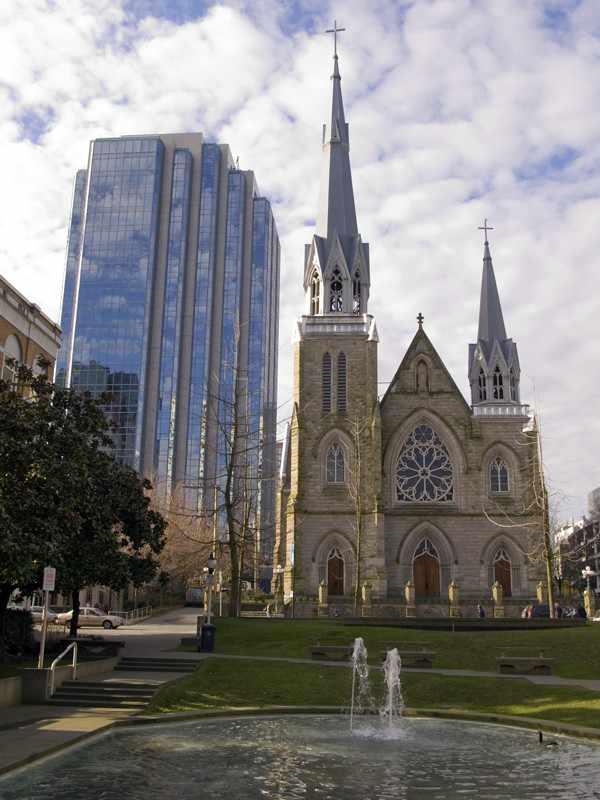